At Eye Health Professionals, each member of our vision care team is selected by Dr. Lanny DuClos based upon his or her experience, professional demeanor, and dedication to providing personalized care to our optometry patients.

Our entire Eye Health Professionals staff is committed to ensuring the comfort and satisfaction of each and every patient. We will do our best to accommodate your busy schedule by finding appointment times that meet your needs. Our knowledgeable staff at Eye Health Professionals will work with you to help you understand your vision insurance coverage and provide financial alternatives to ensure you get the best vision care possible.

We know that you have a choice when it comes to Eye Health Professionals, so we strive to provide comprehensive eye exams, a great selection of glasses, and personalized eyecare services. 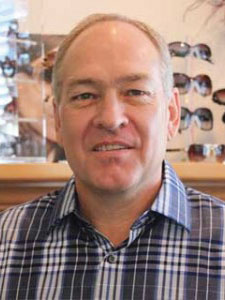 Dr. Lanny F. DuClos has advanced training in the treatment of eye injuries, diseases, contact lens fitting, and Lasik evaluations. He is the founder and currently owns a thriving practice, Eye Health Professionals, in Tooele, Utah with three full time optometrists and several trained opticians.  He cofounded an optical laboratory with his Utah peers to provide lens materials to patients at a more affordable price than the commercial market offers.

Dr. DuClos served as an optometrist with the United States Air Force and Air Force Reserves and retired after twenty-eight years, earning the rank of Lieutenant Colonel. He was a National Consultant in optometry to the Surgeon General while in the U.S.A.F. and head of eye care for the entire Pacific Forces.

He is a graduate of the Optometry College at Pacific University, Forest Grove, Oregon. Additionally, he completed a residency in hospital-based optometry at Wilford Hall Medical Center in San Antonio, Texas.

Awards he has received include a commendation medal for Meritorious Service with the United States Air Force, Outstanding Practitioner, and Utah Optometric Association 2007 Optometrist of the year.

After graduation, Dr. Lynch continued her education by completing a residency at the VA in Los Angeles, California where she focused on ocular disease management and low vision care.

Dr. Lynch is fluent in Spanish and has traveled to El Salvador and Nicaragua on various humanitarian trips providing eye care to underserved communities since 2003. She is a member of the Utah Optometric Association, and the American Optometric Association. When she is not practicing optometry, Dr. Lynch enjoys traveling abroad, camping, skiing, and trail running with her adventurous dog. 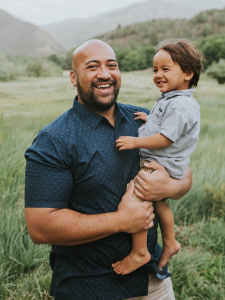 Clifford Parker was raised in Valparaiso, Indiana. He received a Bachelor of Science degree in exercise physiology with a minor in chemistry. He later attended graduate school and received his Doctor of Optometry from the Arizona College of Optometry in Glendale, Arizona.

Clifford’s professional interests grew from his desire to serve and help others, especially in underserved areas. He has gained this desire from his many mission trips locally and abroad. During which he obtained his Spanish language fluency.

Having been born in Utah, Clifford found himself back in the state, where he enjoys spending his spare time playing volleyball, traveling, and exploring the outdoors with his son and family.

Sabrina has been the office manager since 1997 and was awarded the 2007 Optician of the Year by the Utah Optometric Association. She is skilled in all areas of the practice. Sabrina guides and assists the staff with all their duties and can help you with any questions, concerns or needs you may have. She is always there to help serve your needs.

Sabrina is the mother of three amazing children that she loves dearly and eight grandchildren who are her world. Her favorite pastime is being with family and supporting them in all that they do. When she is not spending time with them, she loves running and participating in races. She enjoys cooking and baking for others.

Meagan has been working at Eye Health Professionals since 2008 and is a certified optician. Meagan will help you select the perfect frame and lens style that will be right for your unique prescription. From functional to fashion forward, she will make sure to help you with all your prescription and fashion needs. Meagan is also skilled at edging lenses into your perfect frame here in our office lab. She loves her career and looks forward to seeing you year after year.

She is happily married with 5 boys that keep her on her toes. She loves to be with her family and stay close to home.

Brenda has been a member of our team since 2016.  She is our contact lens specialist who will assist you in learning how to successfully use and care for your contacts and can answer any questions you may have. She is also skilled at selecting frames and lenses. Her knowledge will help in navigating some of the tricky concerns of selecting the right options.

Brenda is the mother of three amazing kids and the grandma to two beautiful baby girls and a perfect little boy. She is a Tooele native and loves living here. She enjoys going to concerts with her husband of 25 years, family game nights and spending time with her family and friends at their cabin in Grover, UT.

Lacey started with us in 2017. She started as our patient coordinator but has since moved to one of our optometric technicians.  She will conduct your pre-testing and any special tests that the doctor has requested as well as complete a patient medical history and answer any questions or concerns you may have before the doctor examines your eyes. She is also willing and able to assist with contacts and glasses.

Lacey has lived in Tooele County for most of her life. She is the mother of two boys that she enjoys spending her free time with. She likes the outdoors, riding mules in the mountains, hiking, and camping.

Lacie joined our team in 2019 and is one of our opticians. She is passionate about helping you select your new frame and will advise you on the styles and characteristics of eyewear to best suit your needs. Lacie will Prepare your order for glasses or contact lenses by checking prescriptions, lens thickness and other specifications. She loves working with the community and is excited to help you during your visit with us

Lacie has been married for 12 years. Marrying her husband gave her 2 wonderful kids that she loves like her own.  She loves making memories with her family.  She enjoys traveling with her husband, spending time outdoors, hunting and shooting. She loves shopping, DIY projects, and making her house a home. She also enjoys cooking and trying new recipes.

Ashley joined our team October 2021 and has loved this new adventure. She will do what it takes to keep you comfortable and really appreciates that Eye Health Professionals is truly focused on the whole health of your eyes. As someone who has been in contacts and/or glasses since 8th grade, this field is especially important to her.

Ashley is happily married, with a large, blended family, altogether there are 7 children, she jokes about it being a ‘Yours, Mine & Ours’ situation. As a family they enjoy being outdoors, traveling, and specifically anything near water. Personally, she loves to read, get into a good Netflix Series and has recently started restoring old furniture.

Melanie is the newest member of our team, she joined us in Jan 2022.  She is one of three technicians that will conduct all your pre-testing, including any special testing the doctors may request, as well as complete a patient medical history and answer any questions or concerns you may have before the doctor examines your eyes. She is also able to assist with contacts and selecting the proper lenses and frames for glasses.

She graduated in 2021 with a bachelor’s from BYU- Idaho in Entrepreneurship and has two Associate degrees from Salt Lake Community College. She was a member of the Medical Interpreting Society in college and found a passion for the medical field. She is now pursuing a career as an Optometric Technician and enjoys working in a field where she can help others.

Leslie joined our team in 2020.  She is our patient coordinator.  Leslie will collect, verify and enter your personal and insurance information into our secure electronic system.  She can help your with questions or concerns you may have.

Leslie has lived in California for most of her life and moved to Tooele to be closer to family.  She loves animals and is an advocate for wildlife conservation.  In her spare time, she loves being in nature, playing with her fur kids and doing puzzles.

She graduated in 2021 with a bachelor’s from BYU- Idaho in Entrepreneurship and has two Associate degrees from Salt Lake Community College. She was a member of the Medical Interpreting Society in college and found a passion for the medical field. She is now pursuing a career as an Optometric Technician and enjoys working in a field where she can help others.